£21 million a DAY transferred out of final salary pensions 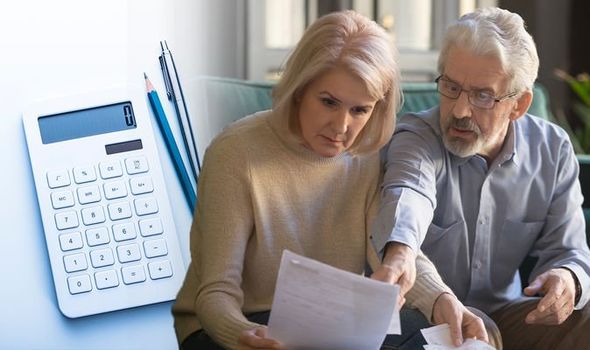 Recent research from consultants Barnett Waddingham has revealed the extent to which savers are transferring cash out of final salary pension schemes. Such pensions are considered “gold plated” given the cash and benefits they guarantee. However, many savers prefer to take advantage of the flexibility they were given following the 2015 pension freedoms reforms.

Barnett Waddingham’s research showed that a staggering £21 million a day, amounting to nearly £150 million a week, was being transferred out of final salary pensions.

According to The Daily Telegraph, more than 50,000 final salary pension transfers take place every year. Savers transfer their final salary pensions for various reasons, including the desire to move a lump sum into another pension, such as a self-invested personal pension (SIPP), or simply to spend the cash.

Barnett Waddingham’s research found Britain’s “Big Four” banks – Barclays, HSBC, Lloyds Banking Group, and NatWest Group – had seen the most significant withdrawals as current and ex-employees took money from their workplace pensions. Barclays saw the most significant withdrawals overall, with £4.2 BILLION withdrawn from its pension scheme in 2017 alone. These withdrawals contributed to an overall total of over £14.4 billion being pulled from final salary pensions in 2017, comfortably the highest such figure since 2015’s reforms.

Why are final salary pension transfers so popular?

One of the primary reasons final salary pension transfers are so popular is that these defined benefit pots can be swapped for a multiple of their guaranteed annual income. So, for example, a final salary pension projected to pay £12,000 a year could be traded for £240,000 in a personal pension.

Banks offer some of the country’s most significant pension transfer values, likely a considerable driving force behind the considerable number of current and ex-bank employees transferring out of their schemes.

According to XPS Pensions Group, while 2017 represented the peak of transfers out of final salary pensions, cash values on offer recently hit an all-time high. The estimated cash value of a £10,000 a year pension for a 64-year-old hit £264,300 in August. This is in sharp contrast from the cash value lows seen in February when the same scenario would have seen a cash sum of £242,000 paid for trading in a defined benefit pension.

Analysts say a combination of inflation and low government bond yields have pushed the cash values to their record high.

Mark Barlow of XPS told The Daily Telegraph, “The amount you can cash out rises because the scheme knows that you can get less returns in the market due to low yields and your money will be more likely to be eroded by inflation.”

Simon Taylor, of Barnett Waddingham, told the newspaper, “There has clearly been a huge amount of demand from members of DB schemes to access their pension more flexibly and draw income in a way that best suits their needs.”

One reason for the drop in final salary pension transfers since 2017 is tightened Financial Conduct Authority (FCA) regulations. To transfer out of any pension containing guaranteed benefits and worth more than £30,000, it is a legal requirement to seek financial advice from a regulated advisor.

Since the scale of the pensions mis-selling scandal of the last few years became apparent, the FCA has adopted the position that most savers are better off keeping a defined benefit pension. When savers inquire about a transfer, advisors must assume that a final salary pension transfer would be unsuitable for most people.

While there have been many reports of savers being frustrated at not being able to transfer their pensions because advisors won’t provide such a recommendation through fear of facing regulatory action, there is no sign the FCA’s stance is likely to soften in the near future.

One of the most significant challenges relating to mis-sold pension transfers is that it’s difficult to know if you’ve been mis-sold.

Check out the below list of scenarios. Your pension transfer may have been mis-sold if even one of them sounds familiar:

It’s worth noting that you don’t necessarily need to have lost money to have been a victim of pension transfer mis-selling. Bad advice is bad advice, even if you (and your financial advisor) got lucky with the outcome.

Here at Return My Money, we can conduct a FREE, no-obligation review of your pension transfer and the advice you received.

You have nothing to lose by getting in touch with us and asking us to look into your pension transfer, and you may discover you’re due tens of thousands of pounds in compensation.

Contact us now to discuss your final salary pension transfer and for your FREE, no-obligation review.