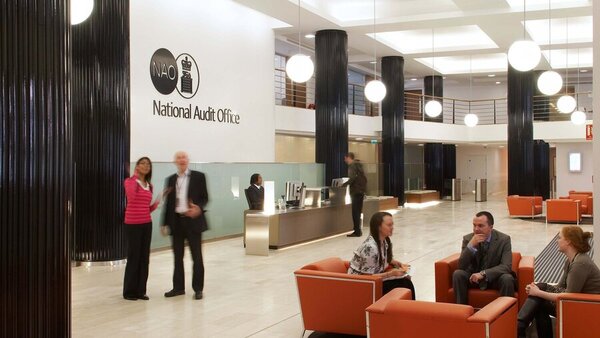 A National Audit Office (NAO) report has concluded that “repeated human errors” are to blame for a state pension scandal that has seen 134,000 people miss out on more than £1 billion in state pension payments.

The NAO found that outdated computer systems led to the mistakes that led to so many pensioners, primarily women, being affected and not getting the payments they were entitled to.

The government says everyone will receive what they’re owed.

However, making over £1bn of back payments is unlikely to stave off awkward questions for the Department of Work and Pensions (DWP), with questions around whether the state pension system is fit for purpose likely to rear their heads.

Meg Hillier, MP for Hackney South and Shoreditch, and chair of parliament’s Public Accounts Committee, said, “This is not the first widespread error we have seen in the DWP in recent years. Correcting these errors comes at great cost to the taxpayer.

“The DWP must provide urgent redress to those affected and take real action to prevent similar errors in future.”

The taxpayer pays again, but many will never see the cash

This scandal has arisen due to the previous state pension system, which meant married women with a poor pension could claim 60% of the basic state pension based on their husbands’ national insurance record.

Shockingly, it is believed that underpayments go back as far as 1985. While a review is underway to identify all those who have been failed and are owed money, not everyone will get all they are entitled to. While some women will get every penny they are owed, some will only get 12 months’ worth of underpayments.

The DWP says it expects to pay a total of £1.05bn to affected pensioners that it can trace. That figure works out at an average of £8,900 per pensioner affected. Given some will only receive 12 months of backdated state pension, such an average highlights that many will receive far more significant sums of money.

As well as the cost of making the repayments, the task of tracing affected pensioners will last at least until the end of 2023 and cost the taxpayer a further £25 million in staff costs.

Sadly, many of those affected will never see the cash they’re owed. It is estimated that 40,000 affected women have already died, and more will undoubtedly pass away before they get their money. Some will do so without even knowing they’re owed money.

Many women challenged their pensions but were still underpaid

Mrs Wise told the BBC, “When you think you have been short-changed for that many years, what a difference [the money] could have made in certain circumstances.”

Jan Tiernan, 81, is another who has spent years chasing the DWP. While she received £1,280 in back paid state pension, she believes she is still owed more than £17,000.

Also speaking to the BBC, Mrs Tiernan said, “I told the DWP I should be getting another £30 a week based on my husband’s contributions. But they fobbed me off and said no. I didn’t believe them due to the media coverage, so I started writing to them.

“It makes me sad and angry. I’ve been on this campaign for two years now. It is not just for me but for all of these people who have been done out of this money. They should have got it.

“At 81 years old, you get fed up with it. It is very wearing and it takes up all your energy.”

NAO: Catalogue of errors to blame

The NAO report cited several factors as being to blame for the errors, including:

The NAO said that the combination of these factors meant it was “almost inevitable” that errors would occur when processing state pension claims and payments.

Tellingly, the NAO also found that the DWP didn’t have a means of reviewing complaints or errors. As such, the department would have had no visibility of the volume of people complaining about underpayments. Had they done so, a review of whether the errors had a systemic cause could have taken place sooner, the problems identified, and tens of thousands of women could have received the payments they were entitled to. The NAO said the DWP had “missed opportunities to detect, prevent or correct the errors.”

Sir Steve Webb, Pensions Minister during the 2010 – 2015 coalition government, and now a partner at LCP, said the DWP had “let down a generation of women.”

A DWP spokesperson told the BBC, “We are fully committed to ensuring the historical errors that have been made by successive governments are corrected, and as this report acknowledges, we are dedicating significant resource to doing so. Anyone impacted will be contacted by us to ensure they receive all that they are owed.

“Since we became aware of this issue, we have introduced new quality control processes and improved training to help ensure this does not happen again.”